West Virginia Attorney on How Rideshare Passengers Can Stay Safe 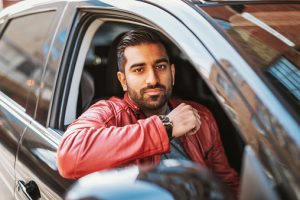 Tragedy struck a South Carolina college town in May after a 21-year-old female student was murdered by an imposter Uber driver.

Surveillance video showed the student getting into a vehicle in the early morning hours. After she failed to return home, she was reported missing. Her body was found hours later.

Police arrested a suspect, Nathaniel D. Rowland, who was charged with kidnapping and murder.

"We want every college student in America to take a pledge that says they will never get into a rideshare without first asking the driver, 'What's my name?' to make sure that they are getting in the right vehicle,"  said University of South Carolina President Harris Pastides.

This incident, along with many others, has raised safety concerns among students and parents. The university also emphasized that they offer shuttle transportation, along with a heavy police presence.

This problem isn’t just confined to South Carolina -- it’s nationwide. In September 2018, a woman booked an in Uber Las Vegas, and ended up getting into a car that matched the description. Moments later, she received a call from Uber notifying her that her vehicle had arrived. After asking the driver to stop, he refused to do so. Luckily, she was able to escape after jumping out of the vehicle.

In Tuscaloosa County, Alabama, a 61-year-old man named Tommy Wayne Beard impersonated an Uber driver. After he was discovered with a 22-year-old college female passed out in the back seat, he lied to police and said he was bringing her back to her residence. Police found pictures on his cell phone that he had taken of several other unconscious young women in his back seat, however.

What you can do to stay safe

It’s unfortunate that criminals and predators have successfully taken advantage of ridesharing companies, such as Lyft and Uber. Not only does this type of behavior hurt honest drivers trying to earn a living, it puts the lives of unsuspecting victims at risk.

We suggest never mentioning your own name once a driver approaches. Always ask a driver “what’s my name?” and ensure that the vehicle matches the make and model described in the app.

While taking these precautions may increase safety among rideshare passengers, there is no guarantee that a legitimate rideshare driver may not engage in reckless or negligent behavior that could result in someone’s injury.

If you have been injured in a crash involving a rideshare or have been harmed in anyway by a driver, you have legal rights that should be upheld. Contact Mani Ellis & Layne, PLLC to learn how we can help.