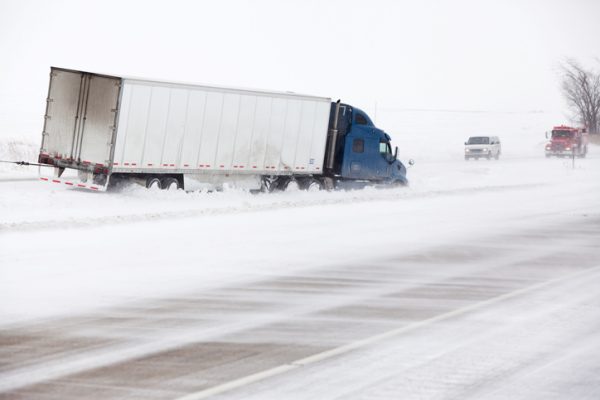 When winter weather strikes, it can be catastrophic on congested West Virginia roads shared by both cars and large trucks. Adding to the risk, the Mountain State's frequent curves and steep hills can cause drivers to lose control — especially those who operate big rigs.

The most common cause of winter crashes is driving too fast for conditions. Some drivers lose control and get stuck in ditches on the side of the road. Others are involved in serious collisions that result in injury or death. Drivers across Kanawha County saw just how unpredictable and dangerous winter weather can be in West Virginia this week.

On Tuesday morning, a small snowstorm took drivers by surprise, according to WSAZ. Many large commercial trucks were on their way to deliver cargo. Several passenger car drivers were commuting to work. There was little time to prepare for the weather.

"It's been cars in a ditch, can't get up the hill, rear-end collisions, and there have been some injuries," said Kanawha County Emergency Management Director C.W. Sigman.

About 700 calls were made to Metro 911, which Metro said is a 75 percent increase from what they would normally get during the average morning.

Driving too fast for the weather conditions

More than 100 crashes were reported across Kanawha County. Multiple jackknife crashes involving semi-trucks resulted in interstates 77 and 79 being shut down. Several other truck crashes were also reported. Sigman blamed most of these crashes on drivers traveling too fast for the conditions.

In a 2007 Large Truck Crash Causation Study, the Federal Motor Carrier Safety Administration (FMCSA) said that roughly 23 percent of all crashes involving large trucks are caused by drivers traveling too fast for conditions.

In West Virginia, the speed limit on most major highways is 70 mph — which is likely the speed many truckers were traveling on Tuesday morning. While many truck drivers operate on tight schedules and have high carrier demands, several of the crashes that occurred could have been prevented if they slowed down.

According to the FMCSA, it's never wise to travel the posted speed limit during winter weather conditions when operating a large truck. Instead, truck drivers should cut their speed in half. That means traveling at a speed of 35 mph on a 70-mph highway during a snowstorm. During wet conditions, the FMCSA suggests that truckers reduce their speed by one-third.

What should I do if I was involved in a truck crash?

If you were involved in a collision with a large truck, you should get immediate medical attention. Truck collisions often cause severe injuries such as fractures, spinal injuries, organ damage, and head injuries. The shock of such a traumatic experience can cause a rush of adrenaline. This gives crash victims the impression that they can walk it off. Even if you feel OK at the time of a crash, a medical evaluation may reveal that you have sustained an injury that needs treatment.

You should then consult with a highly-skilled West Virginia attorney who has experience investigating truck crashes and advocating for victims. We know how to take on large trucking companies and their insurers. We have built a solid reputation for helping Charleston-area crash victims maximize their compensation — our case results prove it. To find out how we can help you, contact Mani Ellis & Layne, PLLC online for a free consultation.