Home » Blog » Best Ideas to Avoid Sepsis: A Leading Cause of Hospital Deaths

Best Ideas to Avoid Sepsis: A Leading Cause of Hospital Deaths 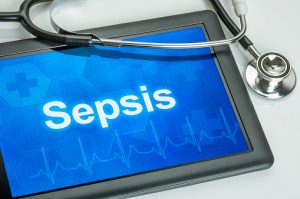 Sepsis is a life-threatening condition caused by an overactive immune response to an infection. When fighting off an infection, the body naturally releases chemicals into the bloodstream. This can cause a person’s blood pressure to drop to dangerous levels, resulting in damage to internal organs.

If sepsis worsens, septic shock can occur – which can lead to death. Those who are most susceptible to sepsis include the elderly, pregnant women, children under 1 year old, people with chronic illnesses, and people with weak or compromised immune systems.

This condition is unfortunately present in many hospitals and nursing homes and is often triggered by pneumonia, and infections to the digestive system, kidney, bladder, and bloodstream.

How prevalent are sepsis-related deaths?

Researchers at Brigham and Women’s Hospital examined 568 patients who passed away or were discharged and not readmitted in one of six hospitals in the US between January 1, 2014 - December 31, 2015. More than half of these patients were men and the average age was 70.5 years old.

Sepsis occurred in more than half of patients that were hospitalized and was the leading cause of death in 34.9 of cases – just ahead of heart failure and cancer.

Among patients with sepsis, the most common underlying causes of death included:

“This study does not change this established priority for early identification and management of patients with sepsis,” said a researcher. “The need for improved rapid diagnostics that can be used to trigger time-sensitive interventions that can be applied across different resource settings is urgent to reduce sepsis-associated deaths to their lowest possible levels.”

Sepsis isn't only a problem in hospitals, it's very common in nursing homes. According to a Definitive Healthcare analysis, roughly 25,000 nursing home residents die each year due to sepsis.

An experienced West Virginia attorney will launch a thorough investigation and look for evidence of negligence. Contact Mani Ellis & Layne, PLLC today to learn how we can help you.