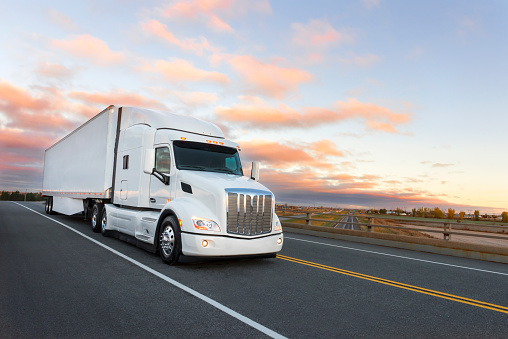 Two years ago, nearly 5,000 big-rig trucks and buses were involved in fatal crashes, a 10 percent increase over the previous year, prompting the U.S. Congress to seek a solution through technology.

The Safe Roads Act of 2019 would require that automatic emergency brakes be standard in all new commercial motor vehicles, according to Safety+Health magazine.

According to the proposed legislation, an “automatic emergency braking system” means a system on a commercial motor vehicle that, based on a predefined distance and closing rate with respect to an obstacle in the path of the vehicle, alerts the driver of the obstacle. If necessary to avoid or mitigate a collision with the obstacle, the system automatically applies the brakes of the vehicle.

If a vehicle equipped with automatic emergency braking senses a collision, and the driver doesn’t react in time, the vehicle begins braking on its own. Some systems apply only a portion of the braking power, so drivers will want to apply the full brakes as well, according to Consumer Reports.

Why E-brakes are so crucial

In 2017, 4,889 large trucks and buses were involved in fatal crashes, an increase of 449, or 10 percent, over the 4,440 in 2016, according to the Federal Motor Carrier Safety Administration, which is part of the U.S. Department of Transportation.

Legislators said the installation of automatic braking systems on trucks and buses might have prevented the deaths.

The Advocates for Highway and Auto Safety and the Truck Safety Coalition are among supporters of the legislation. Using technology to improve safety makes sense, they said.

The Owner-Operator Independent Drivers Association Foundation urged caution in the face of lawmakers’ call for automatic e-brakes on new trucks.

Advanced driver-assist systems like e-brakes have potential but also could cause problems. The systems aren’t fully autonomous and most “are designed to only work at low speeds, as sudden braking at higher speeds can startle a driver, leading to erratic driving behavior,” according to the association.

The NTSB advises that action be taken

“Motor vehicle crashes are a leading cause of death and injuries in the United States, yet many of these crashes might have been prevented if collision avoidance systems—readily available and proven to work—were installed,” the federal agency said.

The agency urged that a consumer awareness campaign be mounted about the benefits of automatic emergency brakes on trucks and that drivers buy vehicles with these safety features and learn how they work.

Contact the personal injury lawyers at Mani Ellis & Layne today for help with cases involving automatic e-brakes on trucks and buses, and for help related to any car and truck accidents.