Home » Blog » Which West Virginia Highways Are The Deadliest?

Which West Virginia Highways Are The Deadliest? 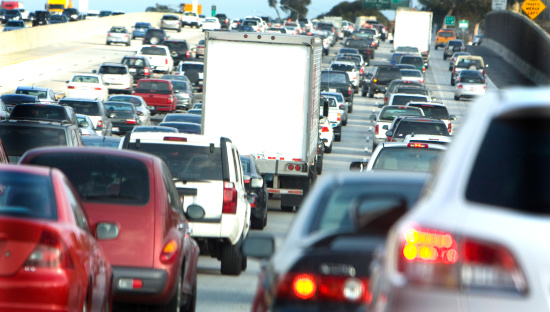 If you search for West Virginia's interstates under Google news, you'll likely see results riddled with stories about serious and fatal crashes.

On which WV highways do most fatalities occur?

This past summer, ASecureLife.com ranked three highways the most dangerous in West Virginia for summer travel based on crash data from 2015-2017. They were:

Interstates 64 and 79 both run through the Charleston area, whereas Route 2 runs along the northern tier that borders Ohio. Summer isn't the only risky time to travel on these highways. With Thanksgiving and the holidays coming up, more drivers will be driving, as people travel to see loved ones or embark on their yearly holiday shopping sprees. Here are the crash risks to watch out for when traveling these highways.

The holidays can be an especially dangerous time to travel West Virginia highways due to an increase in drunk driving. Thanksgiving Eve (also known as Blackout Wednesday), for example, is one of the most popular days of the year to drink. The National Highway Traffic Safety Administration (NHTSA) reports that from 2012-2016, more than 800 traffic fatalities occurred from 6 p.m. Thanksgiving Eve to 5:59 a.m. the following Monday.

During the month of December, drunk driving will likely increase due to holiday work parties and family gatherings. According to the NHTSA, there were 1,087 fatal crashes between Christmas Day and New Year's Day across the U.S. in 2018. The agency, however, forecasts that during the same time this year, we'll likely see nearly 800 road deaths.

If you notice someone tailgating, weaving through traffic, traveling at a high speed, or pulling an illegal maneuver, it's best to keep your distance and avoid engaging them.

West Virginia often receives a significant amount of snowfall during the winter, with Charleston receiving an average of 36.4 inches each year. Black ice, sleet, freezing rain, and fog also pose a risk to highway drivers this time of year. During inclement weather conditions, drivers are expected to travel at a speed that is reasonable and prudent.

If you or a loved one was hurt in a highway crash, it's important that you get immediate medical attention and speak to a West Virginia car accident attorney.

The legal team at Mani Ellis & Layne, PLLC has real courtroom experience advocating for motorists injured in highway crashes. We serve clients in Charleston and across the state of West Virginia. To get started on your claim, fill out our contact form online.