Home » Blog » Can you get sued for waving another driver into traffic if it results in a crash?

Can you get sued for waving another driver into traffic if it results in a crash? 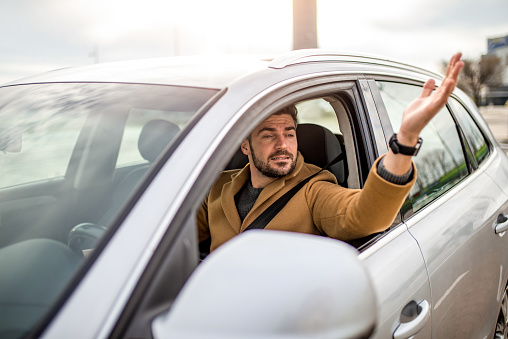 Most drivers have faced this scenario: You’re ready to pull into traffic. While you're waiting for a safe opportunity to do so, another driver waves you to go.

It seems like the wave is a polite and helpful gesture. But what happens if you pull into traffic after a driver signals to you that it's clear and you get into a crash with another vehicle? Did the driver who waved you through actually cause a serious car accident? And can he or she be sued for that?

The answer is complicated. According to one news source, some states allow for lawsuits involving drivers who wave another through an intersection, resulting in an accident. They include New Jersey, Pennsylvania, and Virginia. In Georgia, however, you cannot sue a person for a simple wave. Rules vary in other states.

For example, in Ohio, there’s no clear answer. Courts there have provided different rulings. One district court said the jury must decide whether someone who waves should be held liable in an accident. But the Ohio Supreme Court determined in a ruling from the 1960s that a person cannot be liable for a simple wave.

While rules differ from state to state, generally speaking, you can be sued for waving someone into an intersection or traffic that results in a crash.

What are the different types of intersection accidents?

Any car accident can result in serious injuries or death. Intersections, where drivers are the most likely to wave someone through, are common locations for accidents.

A crash can happen at an intersection when a driver:

It’s wise to contact an attorney for a free consultation after a crash involving an injury. Your lawyer can look at all of the facts and evidence in the crash, including whether another driver waved you through when it wasn't safe to proceed.

The driver who waved at you could be held responsible, but there may be other factors to consider. For instance, if you were waved into traffic by a driver and then got hit by someone driving under the influence of alcohol, we may be able to take action against the drunk driver.

The key takeaway is you need to know all your legal options to maximize your compensation, and the best way to learn them is by talking to an experienced car accident lawyer.

How can an attorney help?

At Mani Ellis & Layne, PLLC, we can review the details of your case for free and give you the information you need so that you can decide what to do next. There's no pressure. There are no obligations. Just honest answers that you can trust.

Our law firm proudly serves West Virginia and Ohio and would be honored to help you pursue the compensation you deserve.