Home » Blog » How to stay safe around erratic truck drivers

How to stay safe around erratic truck drivers 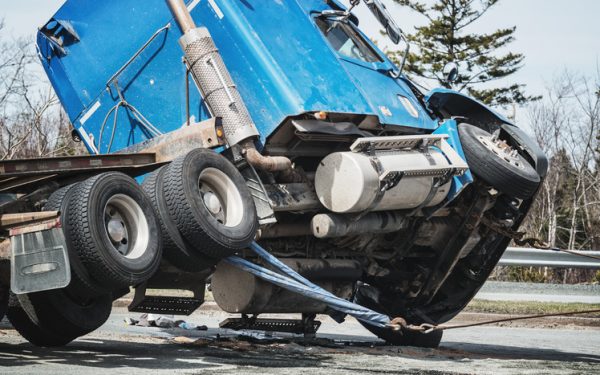 Whether you're traveling interstates 64 and 77, or other major roadways throughout the Charleston area, you likely share the road with large commercial trucks.

Typically, big rigs don't pose any serious risk to drivers of smaller passenger cars. That's because many truck drivers have gone through extensive training. They've gained the experience needed to operate such a large vehicle. Furthermore, many trucking companies do their best to comply with federal safety standards.

According to a national survey commissioned by Verizon Connect and Wakefield Research, participants have witnessed erratic behavior from truck drivers.

Out of 1,000 adult drivers, 83 percent reportedly believe that they are generally safer behind the wheel than truck drivers. Here's why:

West Virginia has seen a significant increase in truck crashes from 2007-2017, according to data from the Federal Motor Carrier Safety Administration (FMCSA). In 2017 alone, 52 people died in crashes with large trucks on West Virginia roads — up from 27 the previous year.

What can drivers do to stay safe around large trucks?

When truck drivers behave erratically, it's often due to limited time to make deliveries, tight schedules, and even road rage incidents. Erratic behavior from any driver can result in a catastrophe. It's especially dangerous when truck drivers engage in this type of behavior. That's because unlike smaller passenger cars, large commercial trucks can weigh up to 80,000 pounds. They take significantly longer than passenger cars to stop and can wreak more havoc in a crash.

Motorists who drive responsibly can't always avoid being around aggressive or erratic truck drivers. There are, however, ways drivers can stay safe. The FMCSA offers these tips:

Get a Charleston truck accident lawyer on your side

Should you or a loved one be injured in a truck crash, it's crucial that you seek aggressive legal representation. The West Virginia truck accident attorneys at Mani Ellis & Layne, PLLC know how to handle even the most complex truck crash cases and get results.

If your crash was caused by a trucker's erratic behavior, we'll launch an investigation and get to the bottom of it. The trucking company who employs the driver may attempt to deny any wrongdoing on the driver's part. They may attempt to hide records and tamper with evidence. The evidence gathered by our legal team will speak for itself.

Contact our law firm, based in Charleston, to find out how we can help you.