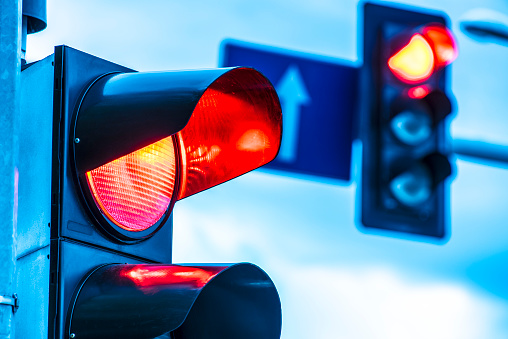 Accident statistics, no matter how horrifying, tell only a small part of the story in Ohio. A recent fatal car accident caused by someone who ran a red light in Columbus uncovers the physical, mental, and emotional pain that may never heal.

Oct. 9, 2021, ended a love story for one local couple. The two were in their car at the intersection of 4th and Broad Streets that Saturday when another vehicle recklessly ran a red light, pushing both vehicles into a building before illegally fleeing the scene of the crash.

One of the victims ultimately died as a result of the accident, while the other was left with devastating injuries and the heartbreaking loss of his partner.

“The next thing I remember was they were trying to wake me up and his hospital bed was right next to mine. I was reaching out, trying to hold his hand, and the next thing I knew I was alone,” the surviving victim said.

In addition to losing the love of his life, the victim broke both of his legs, nine ribs, his collarbone, his sternum, and his pelvis. He also suffered cuts on his liver. His recovery will be lengthy, expensive, and, worst of all, a tragic reminder that the death of his loved one was the result of someone else's negligence.

Friends and loved ones started a GoFundMe to support him while he is unable to work.

Police are seeking the help of the public in identifying the driver who failed to stop for the red light, caused the fatal crash, and then did the unthinkable by driving away.

That’s an average of more than two deaths and nearly 400 injuries a day. Over half of the deaths are pedestrians, bicyclists, and passengers – not the driver who ran the red light.

Red-light running accidents may also be more common than you think, with one in three Americans knowing someone who has been injured or killed by someone who failed to stop for a red light.

Unfortunately, far too many people drive recklessly because they are "in a hurry" and think a yellow light means they should speed up instead of slow down. Or they fail to notice the light is red because they are carelessly using their phones, texting, or otherwise neglecting to exercise care while they're driving.

The key takeaway is red-light running accidents are preventable, and if you or a loved one was injured in a crash caused by a red-light runner in Columbus or anywhere else in Ohio, you have the right to hold them accountable and seek compensation for your losses. An experienced car accident lawyer can explain your legal rights and options.

Legal help is available in Columbus

At Mani Ellis & Layne, PLLC, our attorneys have the knowledge, experience, and resources to investigate your accident, build a strong case based on fact, and aggressively advocate for your best interests—whether that's at the negotiating table with the insurance company or in court in front of a judge and jury.

Our law firm prides itself on treating our clients with care, compassion, and respect. As your attorney, we won't let anyone try to downplay or minimize the severity of your accident, and we will fight for every dollar you're entitled to.

To find out how we might be able to help you, contact us today for a free, confidential consultation. There are no obligations, and we work cases on contingency. That means no upfront money is required, and you pay no legal fees unless we make a financial recovery in your case.