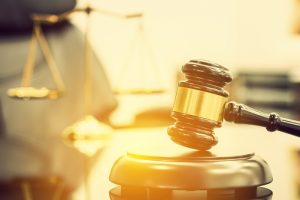 The state of West Virginia is in a budget crunch. The Public Employee Insurance Agency (PEIA) and our school system are underfunded. Medicaid is being cut.

In the midst of all this, Gov. Jim Justice has called to expand state government by adding an intermediate appeals court between the lower courts and the Supreme Court of Appeals of West Virginia – a step that would cost millions of dollars. Both the governor and the state legislature have called to downsize state government, which makes the addition of another layer of bureaucracy hypocritical.

What is the point of creating an entirely new court just to hear 174 appeals per year – an average of just one case every two days?

There is absolutely no evidence that creating a new intermediate court would help our economy. The number of new jobs created would be negligible – just the six new judges and their staff. What it would do is protect corporations and special interests by creating an additional, unnecessary layer of bureaucracy for West Virginians who are exercising their constitutional right to access the justice system – all at taxpayers’ expense.

The current appeals process in West Virginia works. In fact, our state Supreme Court has heard every single appeal filed since 2011. There is no sign this has harmed the Court’s ability to hear the other cases that make up the remaining 87 percent of its docket.

Every West Virginian, regardless of political affiliation, should reject this wasteful proposal. The new court would divert much-needed resources from programs that improve people’s lives to instead impede our access to justice.