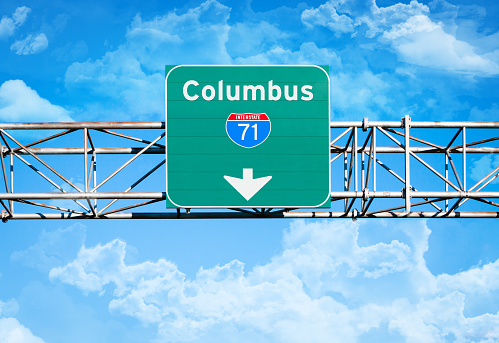 The numbers tell a grim story. An analysis of National Highway Traffic Safety Administration data from 2017 to 2019 shows that part of Interstate 71 in Columbus is the deadliest five miles of roadway in Ohio. The analysis, by the personal finance technology company MoneyGeek and reported by the Columbus Dispatch, identified 11th Avenue to the south and Morse Road to the north as the scene of 10 fatal crashes over those three years.

Also in Columbus, the study identified Cleveland Avenue between Huy Road in North Linden and Maplewood Drive on the Northeast Side ranked as the fourth-most dangerous in the state.

Overall, the city recorded 182 fatal crashes that occurred between 2017 and 2019, resulting in 198 deaths. Franklin County totaled the most fatal car accidents of the 88 counties in Ohio. They included 270 crashes that resulted in 287 deaths.

The second-deadliest five-mile stretch in the state was Interstate 75 in Cincinnati between Allen Road and Glendale Milford Road. Ranking third was Interstate 480 between Broadview Road and Exit 20A at the I-71 interchange in Independence, south of Cleveland. In total, MoneyGeek analyzed 3,129 fatal crashes in Ohio.

“We undertook this study to help individuals identify the local roads that are more dangerous so individuals can make safe choices while driving them,” said MoneyGeek data analyst and spokesman Doug Milnes. “In some instances, there's an opportunity for authorities to make positive changes to roads.”

The Ohio Department of Transportation (ODOT) already has identified the stretch of I-71 in Columbus as a safety priority, according to Breanna Badanes, a spokeswoman for ODOT in the Greater Columbus area. She noted the corridor runs through a densely populated residential and business area. She said addressing traffic bottlenecks and congestion are among ODOT’s primary goals in attempting to reduce roadway fatalities.

“An unanticipated but, in retrospect, obvious conclusion,” Milnes said, “is that our individual choices behind the wheel add up to be a bigger factor than the individual road or driving condition.”

If you were injured or a loved one died in an accident in Columbus or anywhere else in Ohio, you have the right to seek compensation for all your losses (damages), including your short- and long-term expenses. If you have been seriously injured, you may be unable to work, pay your bills, or support your family for an extended period.

What's more, the person who caused your accident may not take responsibility for their actions and try to blame the crash on you. The at-fault driver's insurance company, which is only interested in protecting its bottom line, may try to downplay the severity of your accident and pressure you into accepting a lowball settlement offer. In some cases, they may offer you nothing at all.

At Mani Ellis & Layne, PLLC, our attorneys know how to investigate accidents, build strong cases, and deal with insurance companies so our clients can focus on their recovery. Most importantly, we know how to treat you professionally and compassionately during your time of need.

See what our law firm can do for you and contact us today for a free consultation with an experienced Columbus car accident attorney.