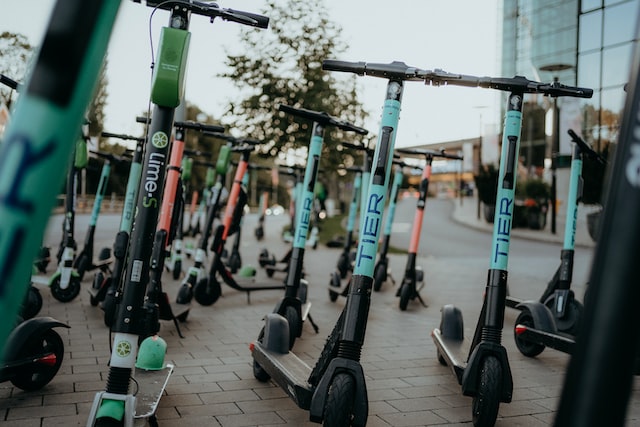 If you were hurt in an e-scooter accident in Columbus, OH, it's important to know your potential legal options.

Electric scooters, often just called "e-scooters," have become increasingly popular in recent years. As a result, traffic safety officials worry that people using these devices could be at risk of being involved in an e-scooter accident.

"E-scooters, which were a novelty just a few years ago, are here to stay," Jonathan Adkins, executive director of the Governors Highway Safety Association (GHSA), said in a statement published by Forbes about e-scooter accidents. "They are not cost prohibitive for personal use, and scooter-share systems are expanding or launching in more cities every year."

Accidents involving electric scooters have become increasingly common. Our Columbus, OH, e-scooter accident attorneys at Mani Ellis & Layne, PLLC, know because we have seen the devastation such accidents can have on injury victims and their families. As e-scooter use becomes more and more prominent, holding those who cause e-scooter accidents to account through the civil justice system will be critical to preventing severe injuries and fatalities from such collisions.

E-scooter accidents on the rise

As e-scooters have become more popular, accidents involving electric scooters have also increased. According to a recent Transportation Research Board (TRB) study cited by Forbes, nearly double the number of cities (158) in the United States – including Columbus, Ohio – have e-scooter systems this year compared to just three years ago. There were 52 million e-scooter trips last year, which is double compared to 2020.

Not surprisingly, accidents involving electric scooters increased last year as well. But, unfortunately, it was not just last year that there was an increase. In the past decade, the number of injuries involving people using e-scooters has risen from one in 20 patients admitted to hospitals to one in eight, according to a recent U.S. News & World Report article.

How to prevent electric scooter accidents

How can an Ohio electric scooter accident lawyer help?

Claims involving e-scooter accidents might seem straightforward. But like many motor vehicle collisions, such accidents often become complicated legal cases. Sometimes, it's because the at-fault driver denies doing anything wrong. Other times, injured e-scooter victims might have to deal with insurance companies, e-scooter companies, and their attorneys.

Don't try to tackle your electric scooter accident claim on your own. Instead, get the help you need and deserve. An experienced Columbus e-scooter accident lawyer at Mani Ellis & Layne, PLLC, can help you better understand your legal rights. That way, you can make informed decisions based on the facts.

Don't simply assume you will be fairly compensated for your injury-related expenses. Take your potential legal case seriously right from the start. Contact our law firm and schedule a free consultation to see how an experienced Ohio electric scooter accident attorney from our Columbus office can help you. We handle injury claims throughout Ohio and West Virginia.