Home » Blog » Drivers beware: 'Zoom Zombies' are on the road

Drivers beware: 'Zoom Zombies' are on the road

Understanding how to use the latest technology is important  — especially for those who transitioned to working remotely over the past year — but doing so and then getting behind the wheel of a car can be dangerous, according to a new study.

In a recent report by NBC News, auto safety experts are warning drivers to be on the lookout for what they're calling "Zoom Zombies," that is, people who spend hours at a time in work videoconferences and then can't focus on the road ahead after they get in their cars.

Analysts believe drivers are having a hard time maintaining concentration and are zoning out due to "cognitive overload" from videoconferences and other work tasks that involve computers, something they believe may be contributing to a recent increase in crash fatalities. 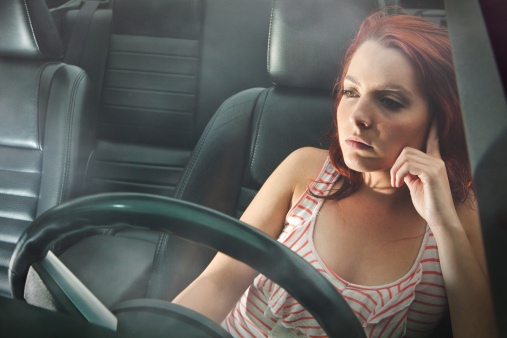 “After you get into your car, you may be operating on autopilot,” said Joan Claybrook, former head of the National Highway Traffic Safety Administration. “I think computer use, in general, can overload you."

Despite a massive dip in the number of miles driven by Americans in 2020, highway fatalities actually increased.

According to preliminary data from the National Safety Council, over 42,000 people died in car accidents last year, which on a per miles driven basis represents an increase of 24% over 2019 — the biggest year-over-year jump since 1924.

Along with rusty driving skills, experts say that mental strain is also likely a contributing factor to the increase in roadway deaths.

The NBC News report cites a distracted driving awareness study by Root Insurance that surveyed over 1,800 adult drivers and found that 54% of them had trouble focusing on their driving after participating in videoconferences.

The survey also revealed that:

“Covid-19 fundamentally changed the way we interact with our vehicles,” said Alex Timm, Root Insurance founder and CEO. “As many abruptly shifted to a virtual environment, Americans’ reliance on technology dramatically increased along with their screen time, causing a majority of drivers to carry this distracted behavior into their vehicles.”

Keep in mind that any time spent thinking about work or checking your phone is time that should be spent focusing on your driving.

Distracted driving, and particularly texting while driving, is already an epidemic on our nation's roads. But what many people don't realize is that cognitive distractions are just as dangerous as manual and visual distractions.

“The problem with distraction is huge and it’s not just checking email or texting,” said Russ Rader, an official with the Insurance Institute for Highway Safety. “There’s the risk of cognitive distraction, looking at the road while your thoughts are elsewhere. That zoning out may mean you don’t notice a dangerous situation soon enough to react.”

How to spot a 'Zoom Zombie'

Whether you're deep in thought following a morning videoconference with your boss or you're daydreaming about your next work vacation, you can at least keep yourself in check by recognizing that you should be focusing on the road ahead.

But what about other drivers?

Here are some common warning signs that a motorist is having a hard time maintaining focus on their driving:

Mani Ellis & Layne will give your case the attention it deserves

If you were injured or a loved one died in a car accident involving a "Zoom Zombie" or another type of distracted driver, you may be able to recover compensation for your medical bills, lost wages, loss of earning capacity, replacement services, your pain and suffering, and other applicable damages.

Keep in mind that if the insurance company for the at-fault driver doesn't dispute or deny your claim, there's a good chance they will offer you money in the form of a settlement that may sound good at first but actually falls way short of what you're actually entitled to receive.

Make no mistake about it — the insurance company has a vested interest in paying you as little money as possible, and you can be sure that they will do everything in their power to do that.

At Mani Ellis & Layne, PLLC, our knowledgeable and experienced car accident lawyers know how to handle insurance companies and maximize the value of claims.

Discover what we can do for you and contact us right away for a free consultation. We have offices in Charleston, WV, and Columbus, OH.