Home » Blog » How is fault determined in a car accident case?

How is fault determined in a car accident case? 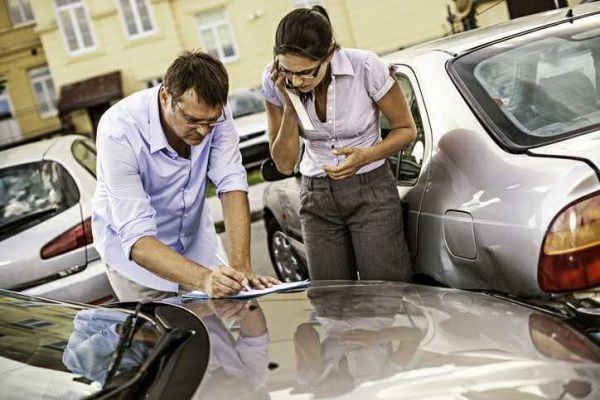 Few things are more frustrating than being involved in a car wreck and having to deal with insurance company red tape. You may be fully aware that the other driver who hit you acted negligently in the moments that led to your crash. Proving it is a different story.

Without indisputable evidence, such as video footage of the crash, it's your word against the other driver's word. To determine who was at fault for your crash, a thorough investigation will need to be launched by an experienced attorney.

Since West Virginia is an "at fault" or "tort" state, a burden of proof applies to car accident cases. Until an investigation has been conducted and all critical evidence has been presented, no party involved in a crash can decide who was at fault.

Be aware that the insurance company that represents the other driver will likely try to determine who was at fault. They have no interest in compensating you for your damages. They will try to downplay your claim by shifting the blame away from the other driver. Meanwhile, you're dealing with mounting medical expenses while you're unable to work. At worst, you're dealing with the loss of a loved one after a crash.

The West Virginia attorneys Mani Ellis & Layne, PLLC see this happen often. We have seen insurance companies either attempt to deny compensation to crash victims or offer quick lowball settlements. Our attorneys have investigated crashes like yours and have fought to help crash victims recover hundreds of thousands of dollars in damages.

Here's what we look for when investigating crashes

Any driver who accesses West Virginia roadways has a duty of care to uphold. Drivers must obey all traffic rules and behave in a way that is safe and prudent. When investigating car wrecks, we look for solid evidence to connect your injuries to the other driver's negligence. We also look for evidence that the other driver breached their duty of care.

Here are the types of evidence we look for:

Physical evidence from the crash scene

Law enforcement officers will document the details they find at the crash scene and put together an official police report. You can get a copy of your report from the West Virginia State Police website for a fee of $20. Your attorney can also get a copy of this report.

If any witnesses stopped to help at the crash scene, be sure to exchange contact information with them and ask them what they saw. In some cases, witnesses have seen the at-fault driver behaving erratically before the crash occurred. They may have even captured the at-fault driver's behavior on a dashcam. Witness statements can be cross-referenced with other critical pieces of evidence to back up your claim.

Cellphone records indicate that the other driver made a phone call, texted or browsed the internet in the moments leading to the crash. Our legal team can get a subpoena for cellphone records from the at-fault driver's mobile provider.

Receipts and tabs from alcohol-serving establishments

Receipts and tabs from alcohol-serving establishments may prove that the other driver had too much to drink before causing the crash. This type of evidence is often a needle in a haystack but can be beneficial to your claim. We may learn that the other driver visited an alcohol-serving establishment from witnesses and social media posts before the crash occurred.

It's critical that you see a doctor promptly after a crash to get a medical evaluation and diagnosis. Our attorneys can get a copy of your medical records. Your medical records can be cross-referenced with other evidence to prove that your injuries were linked to the other driver's negligence.

If you or a loved one was injured in a crash, you need an attorney on your side who has a wealth of legal knowledge and experience litigating cases like yours. Put your trust in the attorneys at Mani Ellis & Layne, PLLC. Should there be any confusion regarding who was at fault, we'll get to the bottom of it. Our legal team will also fight to help you recover every dollar you're entitled to in damages. This includes medical expenses, lost wages, property damage, pain and suffering, and death benefits if you lost a loved one.

We serve injured motorists in Charleston and throughout West Virginia. Our legal consultations are confidential and free of charge. Contact us online or call us to find out how we can help you.