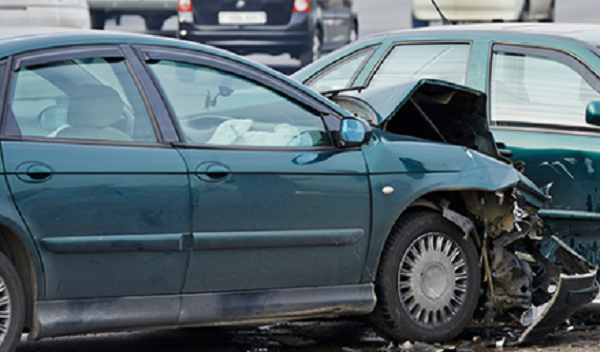 Numerous car accidents in Columbus happen at intersections on Loretta Avenue due to reckless drivers who put other motorists at risk, according to a recent news report on ABC 6 News (WSYX) about intersection accidents.

"We have received numerous calls and emails from neighbors who said accidents happen weekly along Loretta Avenue, with drivers blowing through stop signs," the ABC 6 News report states.

Unfortunately, intersection accidents caused by reckless drivers occur too often in Columbus and communities throughout Ohio. The Columbus car accident attorneys at Mani Ellis & Layne, PLLC, know because we have worked with far too many people dealing with the aftermath of such devastating collisions. That's why we take pride in holding reckless drivers accountable through the civil justice system and fighting for the compensation our clients deserve.

Other dangerous intersections in Columbus, OH.

"We had about five last week alone on Dresden and Loretta," Columbus resident Lamar Elkins said in an interview with ABC 6 News. "It's been crazy since they switched it to a two-way street. It's been a one-way street for 20 years."

While Loretta Drive is dangerous, it's not the only intersection in Columbus where accidents occur. According to fatal car accident data collected by the National Highway Traffic Safety Administration (NHTSA), some of the most dangerous intersections in Columbus include:

Why do intersection accidents happen?

Columbus residents interviewed by ABC 6 News repeatedly complained about drivers not stopping at stop signs and causing collisions. But that's not the only reason why intersection accidents occur. Other common causes include:

What are common intersection accident injuries?

Intersection accidents often result in a wide range of very serious injuries, including:

How can a car accident lawyer help?

You might think you don't need an attorney to recover compensation for your damages if another driver clearly hit you, but don't be so sure. Often, the at-fault driver will deny doing anything wrong. Other times, the at-fault driver's insurance company does everything possible to reduce or deny your injury claim. That's because there can be a lot of money at stake, and insurance companies have a financial incentive to keep their costs as low as possible.

This is why you need a lawyer on your side, fighting for your rights and advocating for your best interests. The experienced Columbus car accident lawyers at Mani Ellis & Layne, PLLC, can help you every step of the way. We know how to investigate intersection accidents and build strong legal cases based on the facts. When you have our legal team in your corner, you can count on us to fight hard for you.

Get the law firm that gets results. Contact us and schedule a free consultation to see how a Columbus car accident attorney can help you. We handle injury claims throughout Ohio and West Virginia.