Installing an ignition interlock device (IID) in all U.S. cars, trucks and other types of motor vehicles could potentially avoid an estimated 59,000 vehicle-related traffic fatalities and save $343 million dollars over 15 years, according to a new study conducted by the University of Michigan.

This technology is presently used as a penalty for a DUI conviction. However, only an estimated 20 percent of convicted drunk drivers actually install an IID in their vehicles, according to Bloomberg News. As this technology is designed to prohibit the operation of a vehicle by any individual whose breath registers the presence of alcohol, expanding its use could help put an end to drunk driving. The cost to install these devices could be recouped in about three years, according to the study.

An estimated 30 people die each day in accidents involving drunk drivers, according to the Centers for Disease Control and Prevention (CDC). The scope of the drunk driving epidemic we face is much broader than many people may realize. In fact, the CDC states that in its most recently reported year (2012): 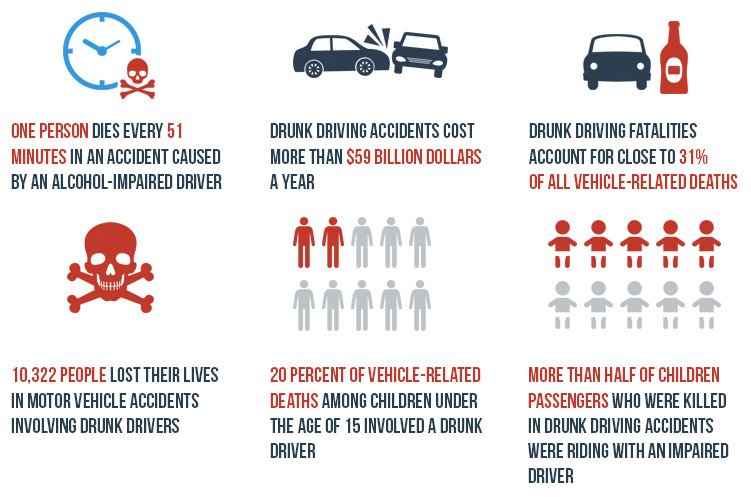 The National Highway Traffic Safety Administration (NHTSA) reports an overwhelming majority of drivers involved in fatal crashes in 2013 had previous license suspensions or revocations on their driving record. Of those drivers with a Blood Alcohol Content (BAC) between 0.08 and 0.14,

Of the drivers involved in fatal crashes who had a BAC of 0.15 or above,

As so many of the drivers involved in fatal alcohol-related crashes have prior records of drinking and driving, or other dangerous driving habits, the need for some type of drunk driving prevention device seems evident.

What Else Is Being Done to Reduce the Risk of Drunk Driving Accidents?

For many years, lawmakers and other individuals have attempted to come up with an effective way to prevent drunk driving, so as to minimize the risk of alcohol-related accidents resulting in serious injury or death. Some of the current actions being taken to reduce the risk of drunk driving accidents include:

While each of these measures can help deter drunk driving, none have proven to be 100 percent effective in eliminating the danger posed by individuals getting behind the wheel of their vehicles while intoxicated. The number of alcohol-related arrests, DUI convictions and drunk driving accidents continue to occur in staggering numbers. Equipping all vehicles with a device to prevent each vehicle from being driven while the driver is intoxicated or alcohol-impaired could help turn the tide.