Driver fatigue is a problem that the trucking industry has been dealing with for many years. When truck drivers violate hours-of-service regulations, either on their own initiative or after being pressured into doing so by their trucking company employer, countless lives are put at risk. This is a potential hazard that people traveling along West Virginia highways and roads face every day. 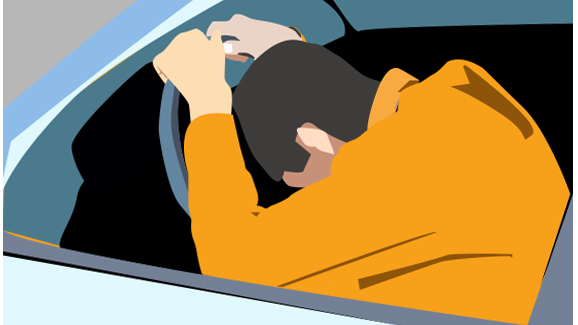 For example, in early August, the National Transportation Safety Board (NTSB) cited truck driver fatigue, which then led to excessive speed in an active work zone, as the probable cause for the multiple-vehicle accident that caused one man to lose his life and a well-known actor, Tracy Morgan, to suffer traumatic brain injury along with other serious harm.

However, truckers are not the only ones who engage in this kind of careless conduct. Any driver can cause serious injury or death in a car wreck when he or she falls asleep or dozes off behind the wheel.

Why Is Drowsy Driving Dangerous?

When an individual is drowsy - whether it's due to a lack of sleep or possibly a reaction to taking a medication - it creates an extremely dangerous situation. According to the National Sleep Foundation's DrowsyDriving.org website, fatigue can cause:

Reuters reported on a study which found drowsy driving to be almost as dangerous as drunk driving. According to the study, drowsy or fatigued drivers and drunk drivers were both two times more likely to cause a car accident than drivers who had a sufficient night's sleep or who were sober.

In the article, Reuters quoted a scientist from the Henry Ford Hospital Sleep Disorders and Research Center who stated that experimental studies have shown, "just four hours of sleep loss will produce as much impairment as a six pack. If you have a whole night of sleep loss, that's equivalent to having a blood alcohol content of 0.19."

Who Is At Risk of Fatigued Driving? While any driver runs a risk of dozing off behind the wheel at some point, those most at risk for drowsy or fatigued driving, according to the American Academy of Sleep Medicine, are:

What Can You Do to Avoid Drowsy Driving?

Fortunately, drivers like you can take a few simple actions that may help lower your risk of driving while tired or fatigued and help you avoid drowsy driving altogether. You should make sure to:

Have You Been Harmed by a Fatigued Driver?

Driving while drowsy or fatigued is an act of negligence. When a driver has not had sufficient rest or is feeling tired, he or she is in no condition to drive. Doing so can result in the driver falling asleep, which can lead to a single or multiple-vehicle accident. When a fatigued driver causes an accident leading to other people suffering serious injury, harm or death, the victims of that drowsy driving accident have the right to seek compensation.

If you or someone you love has been seriously injured in a drowsy driving accident in Charleston or anywhere within the state of West Virginia, we recommend you seek legal representation at once. Contact a West Virginia car crash attorney at Mani Ellis & Layne, PLLC, today to schedule an initial consultation. We can review your case, advise you of your legal rights and help you determine how to proceed with your case.